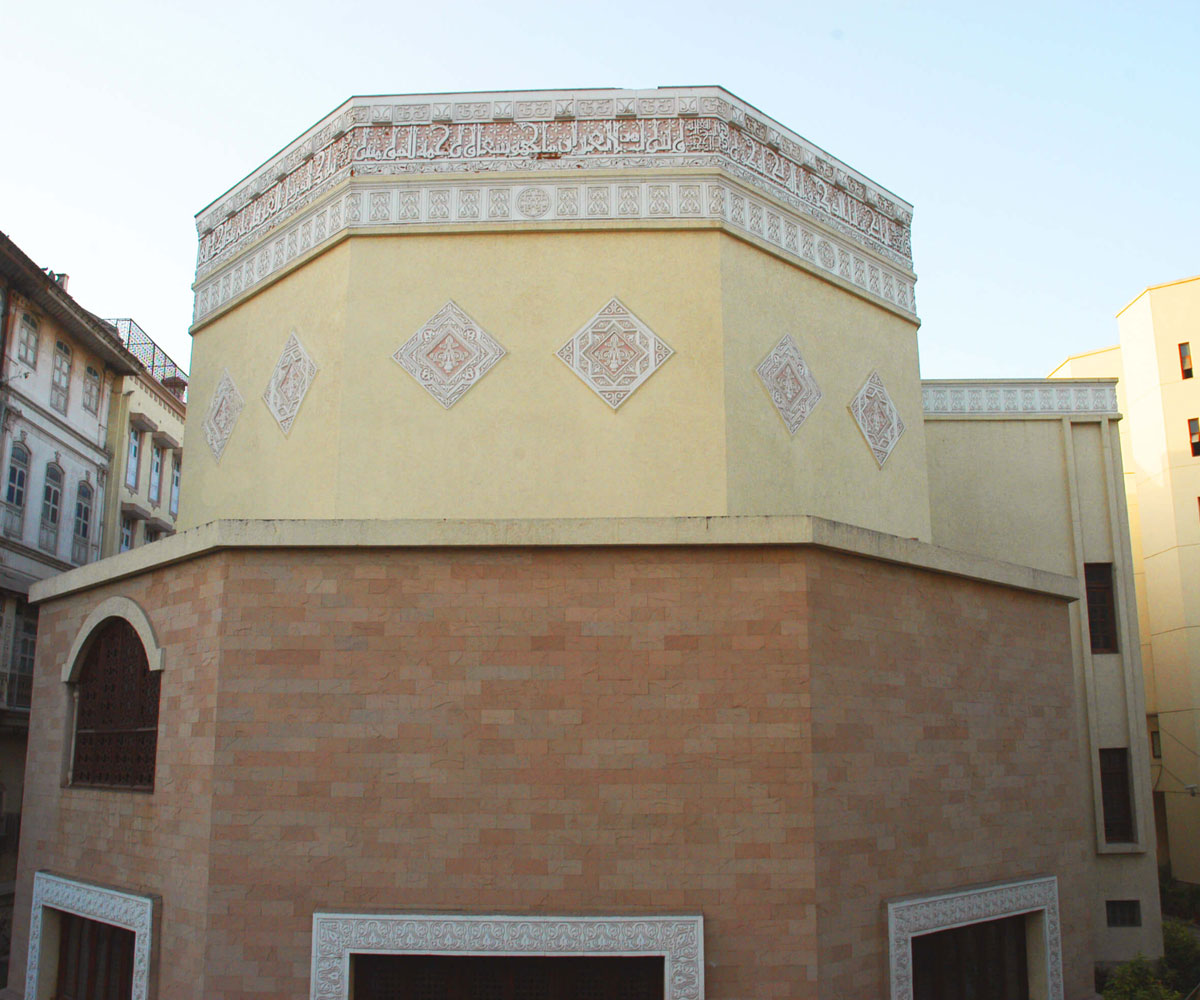 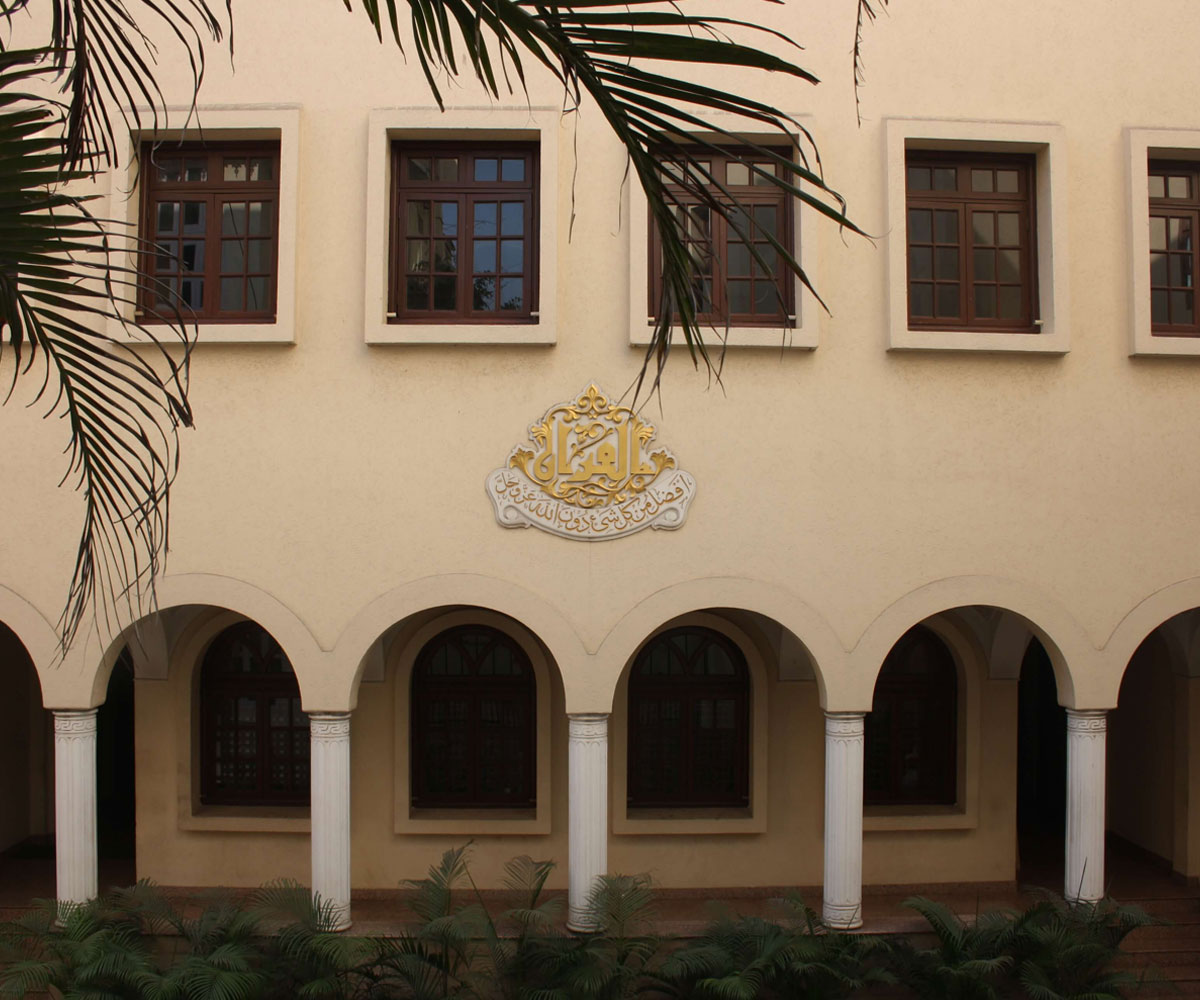 Mahad al-Zahra is an institute for the memorisation of the Holy Quran and the study of Quranic Arts and Sciences, functioning under the guidance and leadership of the 53rd al-Dai al-Mutlaq His Holiness Dr Syedna Aali Qadr Mufaddal SaifuddinTUS. This institute was originally founded in 1396/1976 after the 52nd al-Dai al-Mutlaq His Holiness Dr Syedna Mohammed BurhanuddinRA expressed a wish to see the students of Aljamea-tus-Saifiyah graduating as huffaz i.e. those who have memorized the entire Quran. In 1998, Mahad al-Zahra further expanded by constructing a larger, well-equipped and modern structure in Surat, India.

Overseeing the larger Quranic memorisation project, the institute caters to students of different backgrounds including those who are studying in educational institutes, dedicated Quran camps, schools and even individual members of the Dawoodi Bohra community. Over the years, this institute has achieved international reach with memorisation programs actively functioning in multiple cities across the world.

The main branches of the institute are housed in the four campuses of Aljamea-tus-Saifiyah; Surat, Karachi, Nairobi and Mumbai. This institute has also initiated residential and non-residential programs in various venues in India and abroad including, Kenya, Kuwait, Pakistan, Tanzania, UAE, UK, USA and Yemen. Apart from face to face training, Mahad al-Zahra also offers online learning programs for those who wish to pursue Quranic memorisation.

Click here to know more about the architectural features of Mahad al-Zahra, Surat.

The vision of this institute is defined in the words of al-Dai al-Mutlaq His Holiness Dr Syedna Mohammed BurhanuddinRA​, who said that mumineen must perceive their learnings and actions in the light of wahy (divine revelation), as he states:

Likewise, al-Dai al-Mutlaq His Holiness Dr Syedna Aali Qadr Mufaddal SaifuddinTUS​ has wished that every mumin’s house should have at least one hafiz, as he states:

During the 63rd annual convocation of Aligarh Muslim University in 1437/2016, al-Dai al-Mutlaq His Holiness Dr Syedna Aali Qadr Mufaddal SaifuddinTUS​ in his address as chancellor of the university stated:

‘Distinguished Guests! My respected father His Holiness Dr. Syedna Mohammed BurhanuddinRA not only memorized the entire Holy Quran, but, he also imbibed the meanings contained in its verses and was, therefore, a man of great discernment. He stipulated that the memorisation of the Holy Quran be part of the curriculum for the students of Aljamea-tus-Saifiyah, and he established Mahad al-Zahra for this memorisation, along with the study of Quranic arts and sciences. It is my wish and prayer that the blessings of this continuing endeavour to memorise the Holy Quran, from the perspective of both its words and meanings, spread throughout the entire Muslim world to such an extent that each and every household boasts of at least one individual who has memorized the entire Quran. The blessings of this will enable each house to be graced with temporal and spiritual sustenance”

These words establish a clear vision for Mahad al-Zahra. They narrate its function of striving the wish of al-Dai al-Mutlaq His Holiness Dr Syedna Aali Qadr Mufaddal SaifuddinTUS to see a hafiz in every household, and enabling each individual to lead a life in the light of revelation. 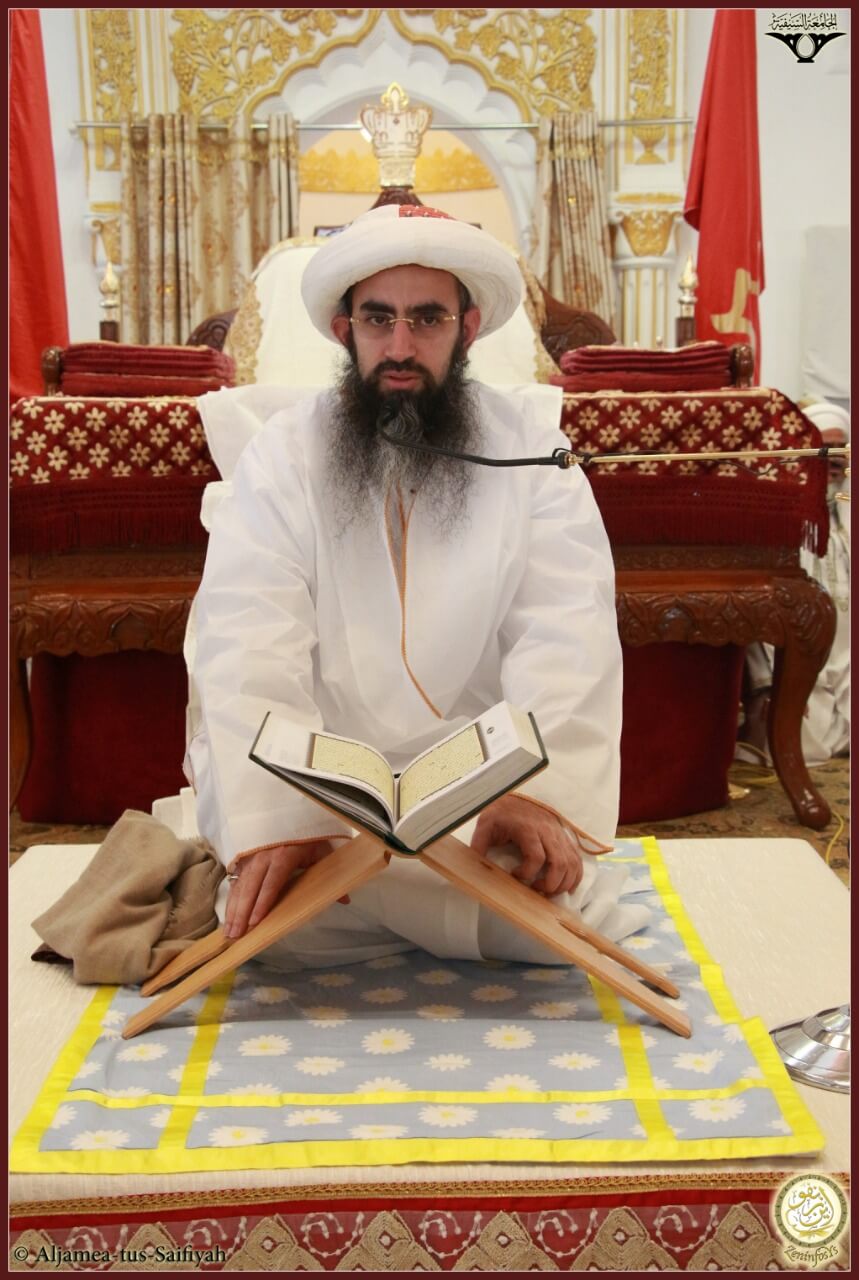 Shahzada Husain BS Burhanuddin DM is the third son of Syedna Mufaddal SaifuddinTUS, the 53rd al-Dai al-Mutlaq and head of the Dawoodi Bohra Community, and the grandson of the 52nd al-Dai al-Mutlaq His Holiness Dr Syedna Mohammed BurhanuddinRA. He is a renowned reciter of the Quran (qariʾ) and an honorary member of Naqabat Qurraʾ al-Quran (Guild of Quran Reciters) in Cairo. He is the provost of Aljamea-tus-Saifiyah and head of Mahad al-Zahra. He also administers His Holiness’ secretariat as well as a number of socio-economic institutions run by the Dawoodi Bohra community.

Shahzada Burhanuddin DM was born on 24th December 1977 corresponding to 15th Muḥarram al-Ḥarm 1398H. He received his primary schooling at MSB Educational Institute in Mumbai. In 1416/1995, he completed the memorisation of the Holy Quran. He graduated from Aljamea-tus-Saifiyah with the degree of Al-Faqih al-Jayyid (The Distinguished Jurist, comparable to: Masters in Islamic and/or Arabic Studies) in 1419/1998. After memorising the Holy Quran, Shahzada Burhanuddin DM frequented Cairo to master the art of recitation as well as the sciences of Quranic readings. He later released audio recordings of the entire Quran in his voice, certified by Al-Azhar University of Cairo in 1427/2006. He has been integral to the successful growth and development of Mahad al-Zahra. He has been instrumental in the realisation of Syedna Mohammed Burhanuddin’sRA vision for the Dawoodi Bohra community to seek “enlightenment through Quranic values”. As head of Mahad al-Zahra, he facilitates student learning in the fields of Quranic exegesis, recitation, and Arabic language studies. His ultimate aim is “the application of Quranic teachings and values for the benefit of community, society and country.” He also conducts the final oral examination of candidates who have memorised the Holy Quran. Under his leadership, Mahad al-Zahra has become one of Aljamea-tus-Saifiyah’s largest avenues for community outreach. Over the last two decades, the department has extended access to Quranic education to members of the Dawoodi Bohra community through numerous educational institutions across the globe. As part of this outreach program, numerous guides and booklets have been published and distributed worldwide in order to foster a better understanding of Quranic arts and sciences among community members. As part of its Quran related publications, Mahad al-Zahra has released several installments of “Khazaʾin Maʿani al-Quran al-Faʾiqah”, a series that enables non-Arabic speaking audiences to gain an insight into the meanings of the Holy Quran. During his visits to community centres in the Indian subcontinent, Middle East, East Africa, Europe and USA, he encourages community members to correctly recite and memorise the Holy Quran. Between 2007 and 2011, he conducted numerous 3-day workshops in Cairo, Kuwait, Denmal, Chicago, Houston, New Jersey, Yemen, UAE, Dar es Salaam, Mumbai, Nairobi, Karachi, Colombo, Mombasa and Surat, which were designed to teach participants memorising techniques and inspire them to memorise the Hole Quran. Furthermore, under his administration, huffaz (those who have memorised the Quran) are sent to various cities and towns all over the world during the month of Ramadan al-Muʿazzam to conduct classes that enable children as well as adults to recite and memorise the Quran. Today, branches of Mahad al-Zahra have been established in Dawoodi Bohra centers worldwide: India, Kenya, Kuwait, Pakistan, Tanzania, UAE, USA and Yemen. More than 4900 community members from around the world have received certification from Mahad al-Zahra for completing their memorisation, with hundreds more joining their ranks each year. Shahzada Husain BS Burhanuddin’s DM emphasis on using the latest audio-visual teaching aids to facilitate learning has revolutionised Quranic education within the community. Through its e-learning program, Mahad al-Zahra has attracted thousands of applicants from various parts of the world to participate in a combination of virtual classes along with one-to-one recital sessions through video-conferencing and internet telephony.

Some of his publications related to the Quran are: