Shahzada Husain Bs Burhanuddin saheb DM born in 1977, is the youngest son of Syedna Mufaddal Saifuddin TUS. He is a renowned reciter of the Holy Quran (qariʾ), an honorary member of naqabat qurraʾ al-Quran (Guild of Quran Reciters) in Cairo and head of Mahad al-Zahra, the department of Quranic studies of Aljamea-tus-Saifiyah. He completed his primary education at MSB Educational Institute in Mumbai and subsequently graduated from Aljamea-tus-Saifiyah in 1998 with al-Faqih al-Jayyed (comparable to masters in Islamic/Arabic studies). After memorizing the Quran in 1995, he frequented Cairo to master the art of recitation as well as the sciences of Quranic readings going on to release audio recordings of the entire Quran in his voice, certified by al-Azhar university of Cairo. He has been integral to the development of Mahad al-Zahra and instrumental in the realization of his grandfather Syedna Mohammed Burhanuddin’s RA vision for the Dawoodi Bohra community to “seek enlightenment through Quranic values”. His ultimate aim is “the application of Quranic teachings and values for the benefit of community, society and world at large”. As part of his responsibilities, he conducts the final oral examinations of candidates who have memorized the Quran through Mahad al-Zahra. Likewise, during his visits to community centers in the Indian subcontinent, Middle East, East Africa, Europe and USA, he encourages members of the Dawoodi Bohra Community to correctly recite and memorize the Quran. Since 2012, Shahzada Burhanuddin DM has been regularly reciting 30-minute recitations of the Quran prior to sermons delivered by Syedna Mufaddal Saifuddin TUS. 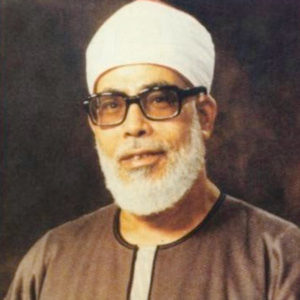 Shaykh Mahmoud Khalil al-Hussary (1917-1980 CE) was one of the leading reciter amongst Cairo’s finest. He excelled in the 10 types of recitation. He was born in Shubra Namlat town in Gharbiyah governate. His father sent him to a kuttab at the young age of 4 and he memorised the whole Quran when he reached 8. He then achieved a certificate for recitation and went forward to learn Quranic sciences as he was gifted with a beautiful and clear voice. He proved to be of great excellence when it came to reciting Quran as he was particular about the pronunciations and was soon appointed the chief of the school of recitation. In the year 1944, he applied for a broadcasting test and stood first amongst all the participants. He was appointed the reciter for masjid al-Husain of Cairo. He was the first to form a guild for the reciters of al-Quran al-Kareem and emphasized for forming offices for memorisation in every city and village. In 1958, he specialized in the 10 major forms of recitations and covered all its aspects and attained a certificate from al-Azhar University of Cairo. In 1961, he was appointed the president of the Quran reciters union of Cairo. Shaykh al-Hussary was the first to record al-Quran al-Kareem in 4 different forms of recitation namely Hafs al-Asim, Warsh al-Nafe, Qalun al-Nafe and Duri an Abi Amr. He received a medal for education and art in 1967. He was the first to recite in front of the American Congress, the United Nations and at the Buckingham Palace in 1978. The 52nd Dai al-Mutlaq His Holiness Dr Syedna Mohammed BurhanuddinRA was fond of his recitations and often appreciated and complimented him by mentioning that Shaykh al-Hussary’s recitations had a long-lasting impact on hearts. In his final years, Shaykh al-Hussary revoked a will that one third of his property be used for the cause of a-Quran al-Kareem and other philanthropic deeds. 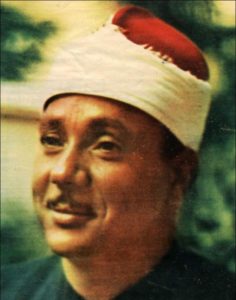 Shaykh Abdul Basit Muhammad Abdus Samad (1927-1988 CE) also titled as the “golden throat”, was regarded as one of the best reciters of al-Quran al-Kareem of his time. At 10, Abdul Basit completed memorising the entire Quran by heart in his village. He also learned 7 styles of recitations by the age of 12 moving forward to the 10 styles by the age of 14. In 1950, he mesmerized people with his recitation on the occasion of the birth anniversary of Moulatona Zainab AS. He had won three world qira’at competitions in the early 1970’s. Abdul Basit was the first president of the Reciters Union in Egypt. 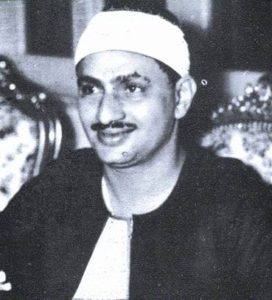 Shaykh Muhammad Siddiq al-Minshawi (1920-1969 CE) was a prominent leader in reciting al-Quran al-Kareem amongst many others. Al-Minshawi completed memorising al-Quran by the age of 8 and then travelled from his hometown to Cairo to study Quranic sciences. At the age of 12, he learnt the 10 forms of recitation from Shaykh Muhammad Masud. It is said that anybody who heard al-Minshawi recite were convinced that he should never be tested by a council. Hence, he was the first qari to have recited in broadcasts without a formal test. He was distinguished amongst other qurra for his mourning and melancholic recitation. 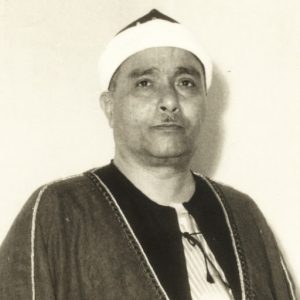 Shaykh Mustafa Ismail (1905-1978 CE) was an eminent reciter of al-Quran al-Kareem throughout the Islamic world. He was a man with great voice handling abilities which made his recitations melodious yet powerful. He was born in Mit Gazal, Gharbiyah governate in Egypt and memorised al-Quran before he reached the age of 12. He then went to a university in Tanta where he studied Quranic sciences along with Islamic jurisprudence. He soon became a renowned reciter in his province and was advised by his relatives to travel to Cairo. He met a Shaykh who had heard his recitation and was mesmerized by his melodious voice and soon he was appointed the qari of al-Jame al-Azhar even before he was tested by the council. Shaykh Mustafa also received numerous recognition medals and awards for his recitation from which is “Medal of Distinction” which was awarded to him by the then president of Egypt, Jamal Abdul Nasir. This was the first time a president had awarded a qari. He has over 1300 recorded recitations of al-Quran al-Kareem that are broadcasted. 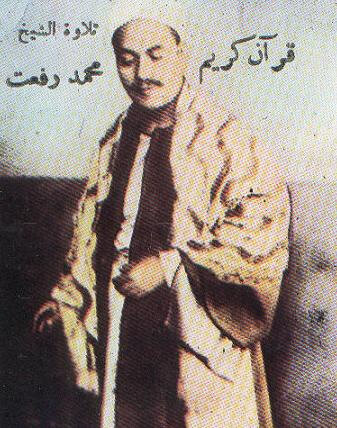 Shaykh Muhammad Rif’at (1882–1950 CE) was the first Quran reciter to read on Egyptian Cairo Radio on May 31, 1934, and his voice and style, as well as his general character, have been promoted as a model of the ideal reciter.

Rifat is often praised for correlating melody to the meaning of the Qur’anic Verses, a feat known in Arabic as tasweer al-mana.
. 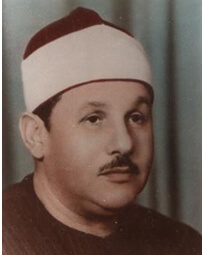 Shaykh Mahmoud Ali al-Banna was a renowned Egyptian reciter. He was born in a village called Shobrabas in the north of Egypt on December 17, 1926.

He memorized the Holy Quran at the age of eleven from his master Shaykh Moussa Al Muntash. He then moved to Tanta to study Theology in the Ahmadi Mosque from Shaykh Ibrahim Ibn Salam Al Maliki.

In 1945, he moved to Cairo and started gaining fame. In the Egyptian capital, Mahmoud learnt music and Maqamat from Darouich Hariri. Later, he was chosen by Young Muslims Association as a reciter till he was noticed by Maher Bachah, Prince Abulkarim Al Khattabi and invited to join the official radio station in 1948. Shortly, he became of the most acclaimed reciters of Egypt. 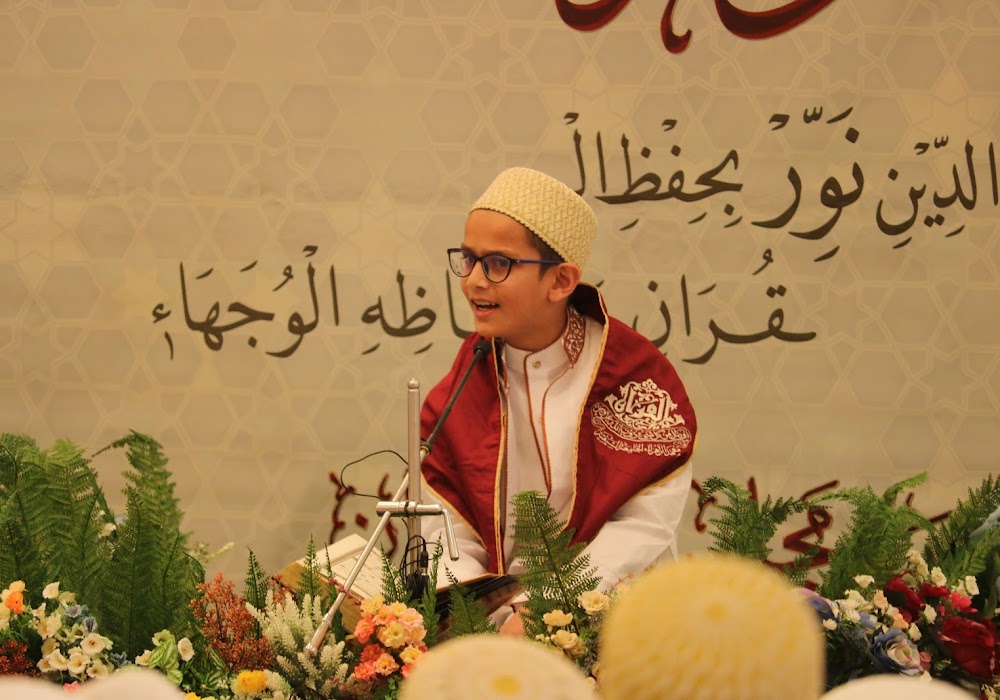 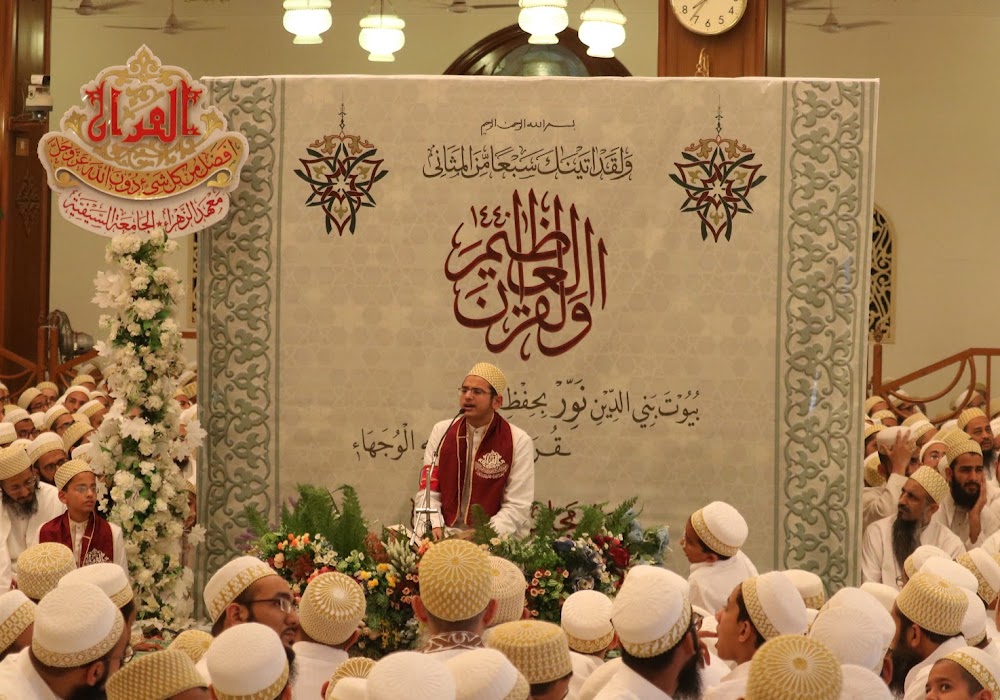 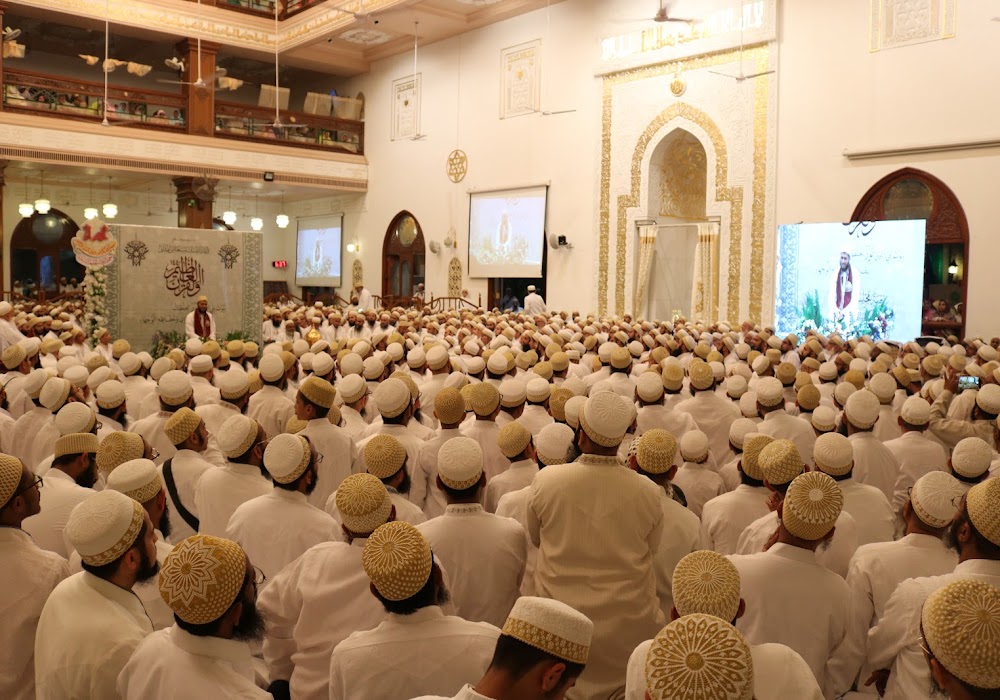 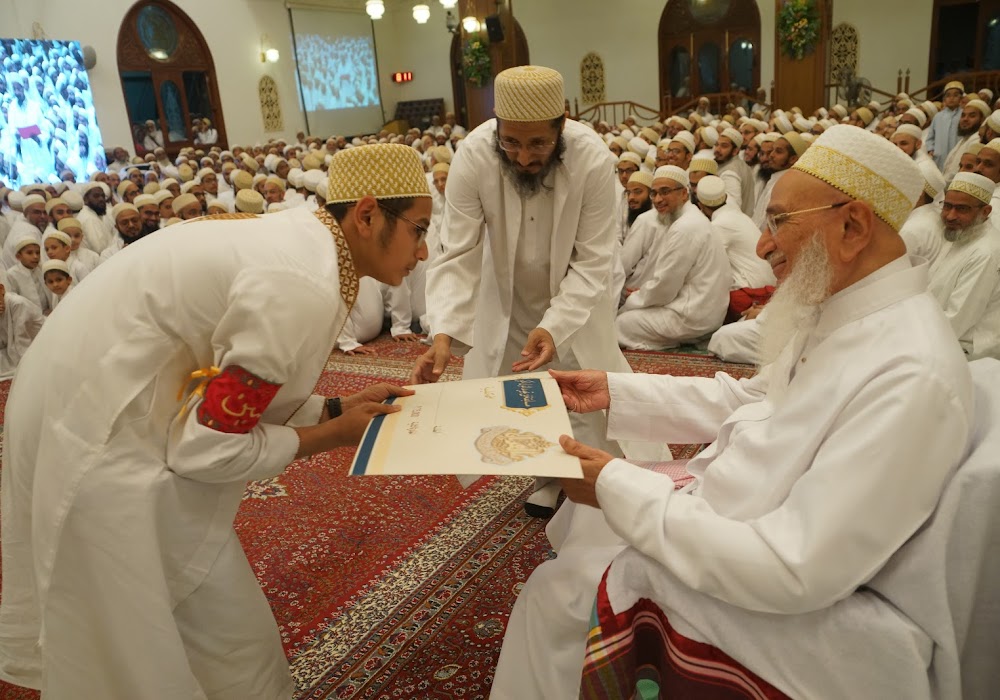 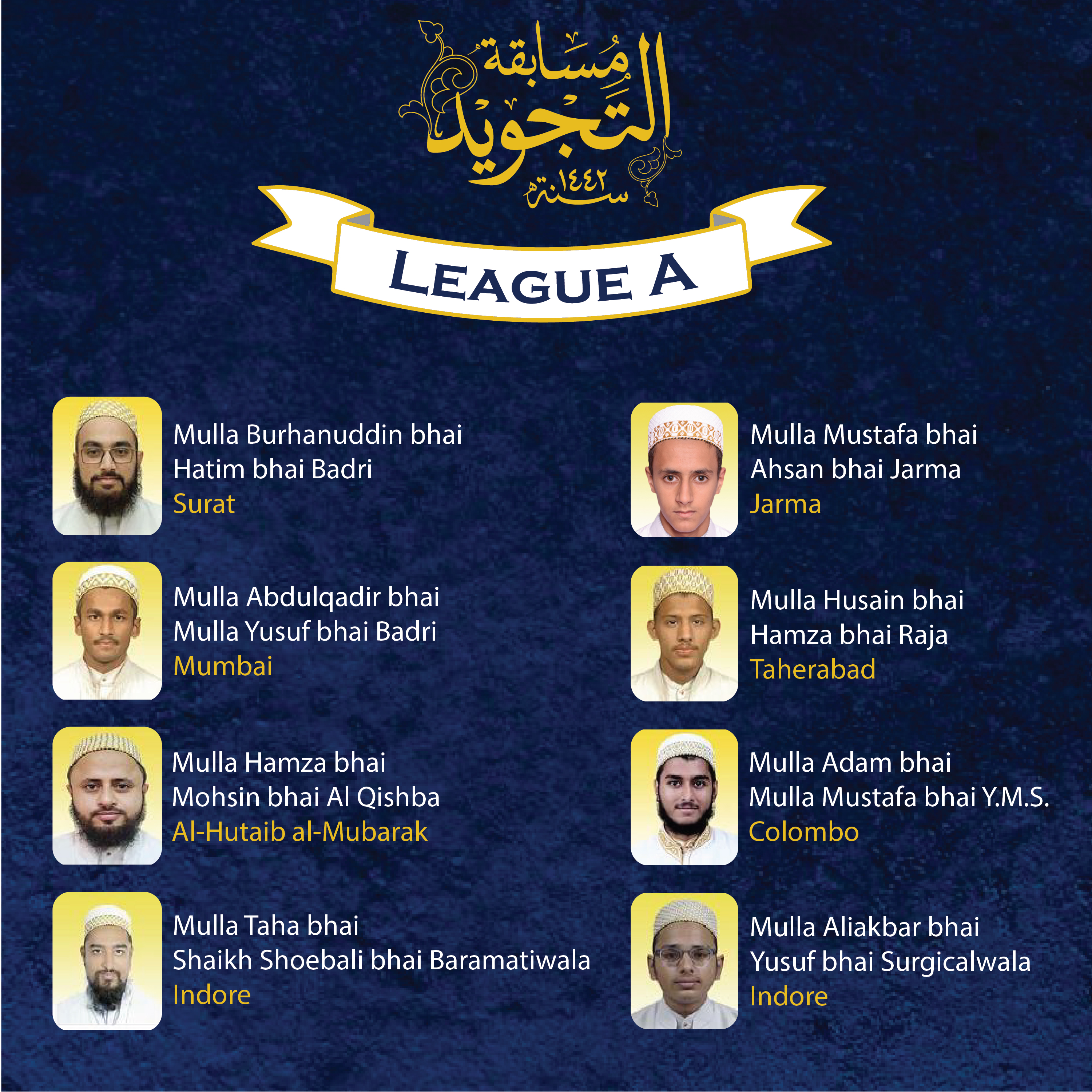 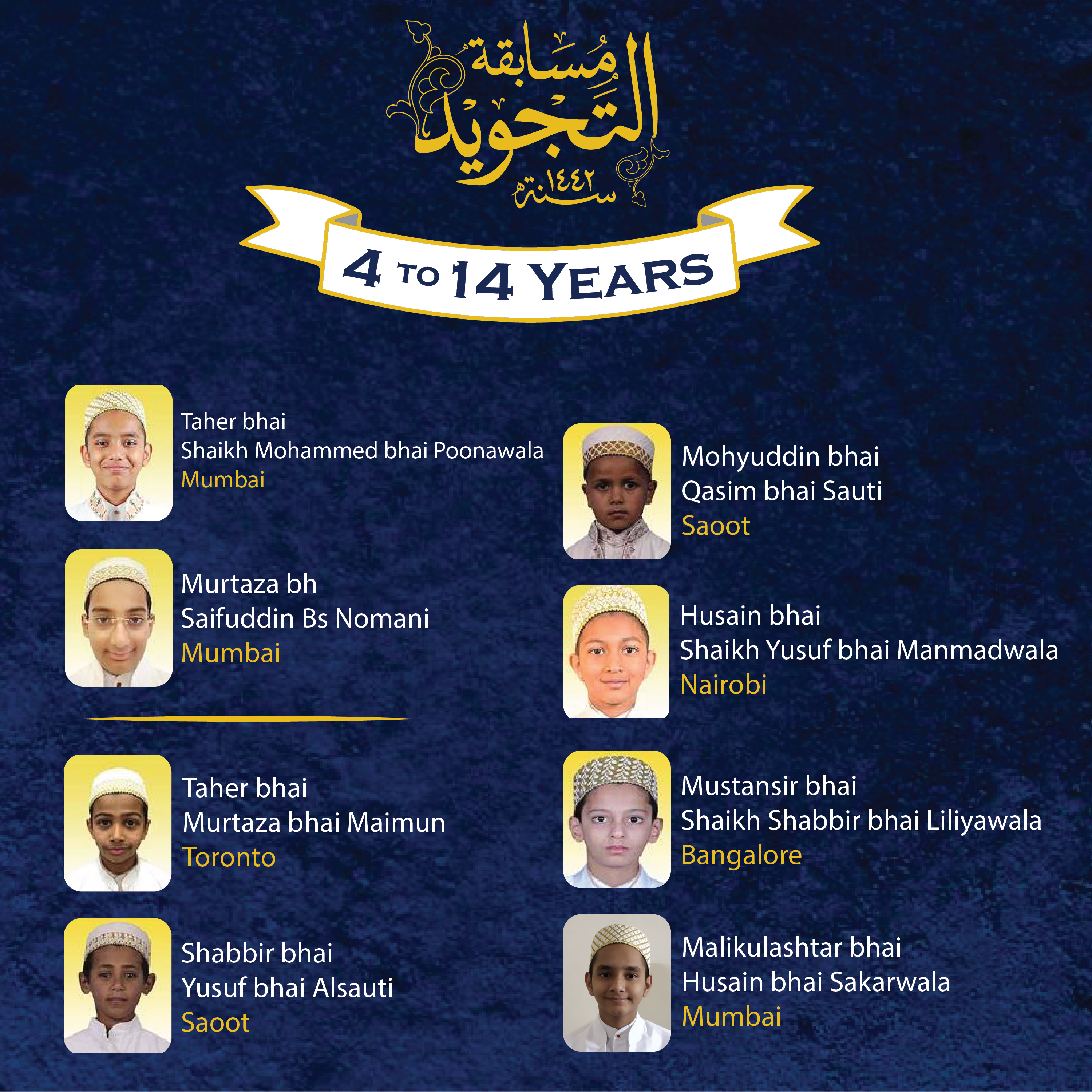 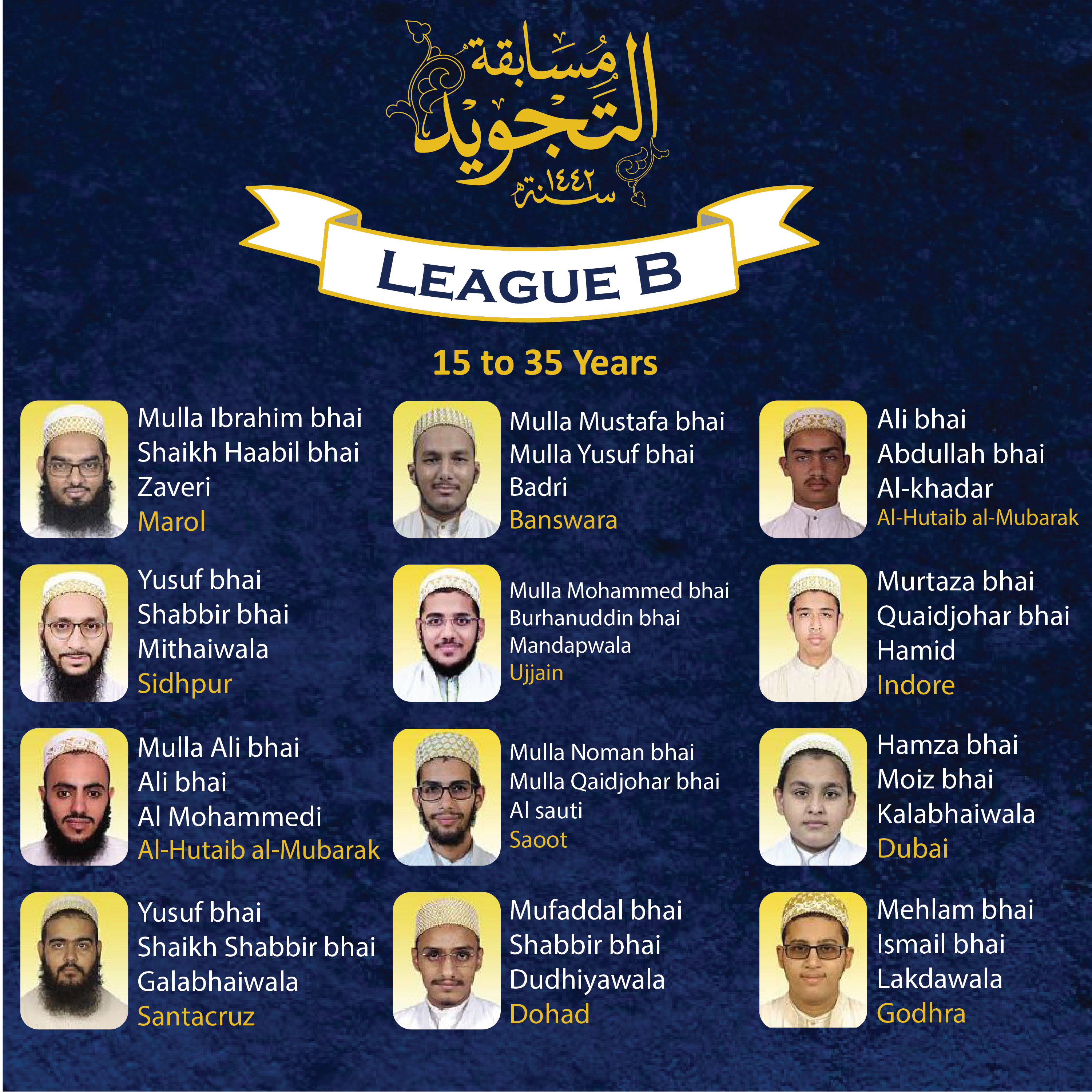 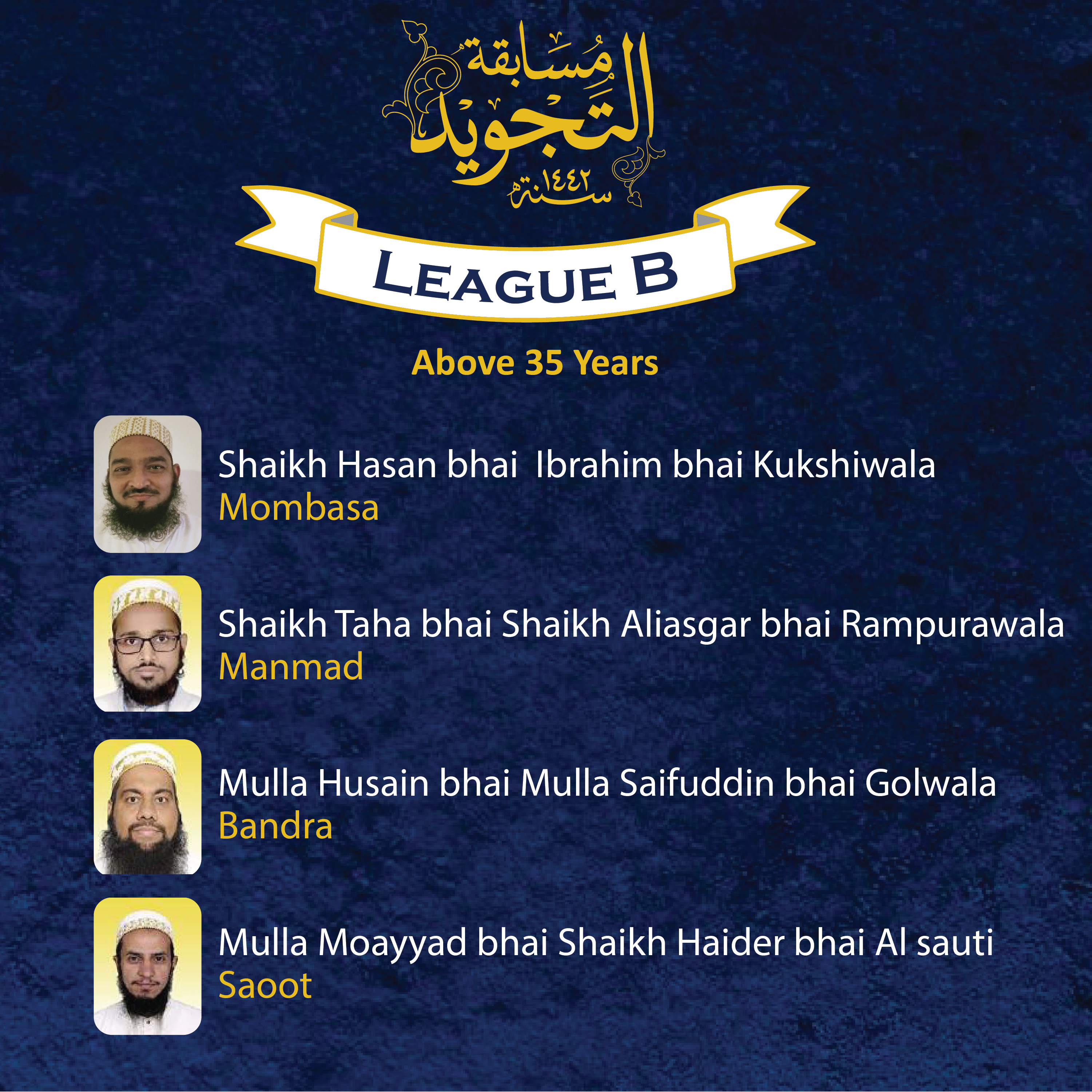